In 2012, he voted for a bill to reform the federal flood insurance program, a bill everybody knew would mean higher insurance premiums for property owners to deal with a $24 billion debt the program had built up.

Now he’s portraying himself as a champion of the besieged middle class by lambasting those premium increases and voting to roll them back.

Merkley’s situation is captured perfectly in A.R. Ammons’ terse poem: “One can’t have it both ways  and both ways is the only way I  want it.” 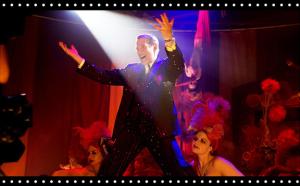 In 2012, the National Flood Insurance Program (NFIP) was $24 billion in debt, partly because of big losses associated with damage from hurricanes Sandy and Katrina.The program was widely criticized for its below-market insurance rates and huge losses associated with multiple claims on homes and businesses that had flooded repeatedly.

Merkley voted for a bill designed to improve the program’s solvency by having property owners pay insurance rates that better reflected flood risks and reimbursement costs. The bill became law as PL 112-141 on July 6, 2012.

It was abundantly clear from the get-go that affected property owners were going to have to pay a lot more money for federal flood insurance. “The solvency and debt-reduction requirements imposed…by the 2012 reforms…virtually ensures that premiums will be going up across the board,” said an Association of State Floodplain Managers’ summary of the legislation.

But then Congress started hearing from constituents outraged that their flood insurance premiums were rising, some by hefty amounts.

Merkley responded by adopting the “Give ’em the old Razzle Dazzle” approach, holding a September 2013 Senate hearing that gave him and others an opportunity to vent about problems with the flood insurance reform.

“The flood insurance bill, in combination with flood zone remapping, is delivering a massive financial blow to middle class families,” Merkley said. “This is unacceptable and substantial changes in the program are needed.”

In a March 18, 2014 e-newsletter to his constituents, Merkley called the 2012 flood insurance reform law (that he had voted for) “misguided” and said he’d been hard at work to fix the huge rate increases resulting from it. Didn’t he understand what was in the 2012 legislation when he voted for it? If not, why did he vote for a bill he didn’t understand?

President Obama signed the rollback bill on March 21, 2014, even though his administration had argued in January that abandoning the 2012 reforms would “further erode the financial position of the NFIP.”

Members of Congress from both parties and around the country fell all over themselves in an effort to celebrate and take credit for the rollback of the 2012 reforms.

But negative reaction was also swift. “The new legislation will perpetuate a broken system by keeping premiums unrealistically low, encouraging coastal communities to continue to build — and rebuild — in high flood-risk areas, exposing them to growing risks and costs,” said Rachel Cleetus, an economist at the Union of Concerned Scientists. “It makes no sense for taxpayers to continue to subsidize flood insurance in high-risk areas that are only going to become riskier with rising seas and worsening storm surges.”

The rollback of the flood insurance hikes may take the heat off Congress for now, but it will have to tackle the issues again because the program’s debt problems have not been fixed. But, hey, that’s for another Congress to worry about.