On March 15, 2019, NARAL Pro-Choice Oregon’s PAC announced its endorsement of 15 school board candidates in the state. One was John Wallin who’s running for re-election to the School Board of Lake Oswego, where I live.

NARAL says it “works to advance the most progressive pro-choice policies in the nation.” All 15 of the candidates it endorsed “…have affirmed their commitment to advancing reproductive health equity for students in their school districts,” the PAC said.

“I’m very excited to have this endorsement,” Wallin said at an April 29 school board candidate forum. “This is a group that supports prevention of sexual violence and comprehensive health education. I sought it out, I met with them and talked about my beliefs. They stand for things I believe in.” 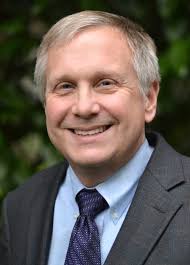 According to NARAL, it makes contributions to local elections such as for the Lake Oswego School Board because “Pro-choice school board members have the unique opportunity to protect and expand access to comprehensive healthcare, including access to contraceptives and evidence-based sexuality education for Oregon’s students.”

Wallin’s campaign website , however, says nothing about his views on NARAL’s positions. The only thing it says on student health and safety is:

“School should always be a place for learning and not fear and anxiety from concerns about physical safety, bullying, and schoolwork. We should work to strengthen the physical security of our buildings, mental health services, and student nutrition.”

Wallin’s submission to the Voter’s Pamphlet says nothing about his support for NARAL positions either.

Wallin didn’t say at the forum whether he also sought out the support of:

What’s next, local school board races supported entirely by national unions and the Democratic National Committee?

I got a friendly personal note from Senator Jeff Merkley the other day. Well, it was addressed to me and had his signature, so I think it was personal.

Anyway, he told me that if I’m “fed up with special interests always getting their way in Washington” he needs my help because “the special interests that are used to calling the shots are hell-bent on defeating me in 2014.” And in a kind of ironic twist, he said he needs lots of money because every supporter he adds today will be “a rejection of the big money politics that’s created a government by and for the powerful.”

This is the same man who has raised nearly $8 million from the special interests that he embraces, particularly unions, lawyers and law firms, and real estate interests. In the DC game, it’s more a matter of picking your poison than staying pure.

During 2009 -2014, principal contributors to Merkley’s campaign have been:

The lawyer/law firm contributors include the American Association for Justice, also known as the Association of Trial Lawyers of America ($26,000) and the Boston-based law firm, Thornton & Naumes ($25,000). Thornton & Naumes is a heavy hitter in the contributions game, having contributed $326,250 so far during the 2014 election cycle. That made it the top contributor to 23 members of Congress, all but one a Democrat.

The trial lawyers have been long-time big-time money machine for the Democratic Party. Already losing tort-reform battles in states run by Republican governors and legislatures, and threatened by the GOP-led House, the trial lawyers are deathly afraid of having to deal with a GOP-led Senate, too, so they’re manning the barricades and handing out cash..

Another special interest heavily invested in Merkley is the real estate industry, blamed by some for exacerbating the housing collapse by promoting easy-credit policies.

Then there are the unions. Now there’s a special interest.   Unions making big contributions to Merkley in the 2014 election cycle include:

Unions in the United States are waging an aggressive effort to maintain their membership and to support union-friendly government policies. And Merkley’s on board.