Crowdfunding must be legit, right? After all, even Caroline Channing, the tall blonde in the TV show “2 Broke Girls,” went on a crowdfunding website, gofundyourself.com, to raise $1,500 for a new pair of pants.

But as millions of Americans jump on crowdfunding websites, some ugly truths are surfacing.

Some contributors are finding out the hard way that their munificence can enrich others at their expense.

In 2012, the Oculus Rift Project, developers of what they called “the first truly immersive virtual reality headset for video games”, brought in $2.4 million from 9,522 supporters across the country in a crowdfunding campaign on Kickstarter.

In March 2014, Facebook acquired the company, then called Oculus VR, for $2 billion. The venture capital investors in Oculus are expected to see a 2000 percent return on their money. The Kickstarter contributors’ return? Zero. Zip. Their money was a gift, not an investment.

A lot of Kickstarter donors were bitter. Some because they opposed the fledgling company selling out to a corporate behemoth, others because they felt cheated. Clearly they didn’t really understand the rules of the game when they pitched in.

Other crowdfunding supporters are finding that the whole process is more like the wild west, with little real oversight and no assurance that those seeking donations are legitimate. 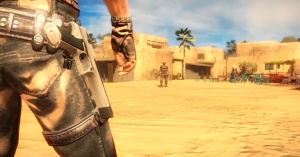 The GoFundMe crowdfunding website, for example, is pretty loose in its oversight. “With hundreds of thousands of campaigns, it’s not feasible for GoFundMe to investigate the claims stated by each campaign organizer,” the website says.

PandoDigest, issued by PandoDaily (http://pando.com), a web publication focusing on technology news, analysis, and commentary, recently wrote about a crowdfunding campaign run on Indiegogo for a device called the Healbe GoBe (http://bit.ly/1hAamf2), “the first and only wearable device that automatically measures the calories you consume and burn, through your skin.”  So far HealBe has raised $984,787.

PandoDigest questioned the legitimacy of the product. “…keen to be the first reporter to cover this marvelous piece of technology, I started asking questions,” James Robinson, a Pando reporter, wrote on March 20, 2014. “What I discovered was something far from the slick, bay area startup Healbe purported to be. Rather, I found a publicity shy company, operated remotely from Russia, promoting a device unsupported by any medical or scientific evidence whatsoever.”

“For someone looking to lose weight, it sounds like a wearable sent from heaven,” PandoDigest reported. “The only problem is, there’s no evidence that Healbe actually works. Worse than that, many medical experts have told our James Robinson that the device’s underlying technology has no way of doing what it claims to do. One doctor called it “some straight Ghostbusters, Peter Venkman bullshit.” ’

Questions about the device have led many contributors to ask for refunds.” I would like a refund of my pledge Dual Pack $325,” said Richard Torriani. “I am now skeptical of the claims made on your campaign page and have concerns about the legitimacy of the campaign itself. If the GoBe proves to be everything that is promised, I will gladly purchase one when they are released publicly.” Some commenters are also asking Healthbe to step in and sort out people’s concerns.

According to Indiegogo, it’s free to sign up, to create a campaign, and to contribute to a campaign. When a campaign raises funds, Indiegogo charges a 9.0% fee on the funds raised. If you reach your goal, you get 5.0% back, for an overall fee of 4.0%. the Healbe GoBe campaign’s original fundraising goal was $100,000, which has obviously surpassed. That means Indiegogo has earned almost $40,000 on the $987,592 of contributions to date, a nice haul, indeed. 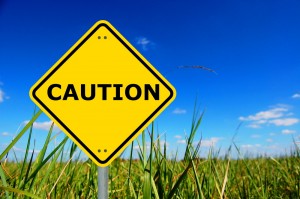 Given all the questions and concerns, does Indiegogo have any responsibility to halt the campaign? “Our team of anti-fraud experts focuses on keeping our community safe,” it’s website says. “They’re responsible for developing new features to create a more secure and trustworthy environment for you. Our anti-fraud systems constantly monitor the performance of our product, helping us identify and eliminate fraudulent activity and scams.”