Portland has a problem with maintenance of its roads. So government does what government does best, it proposes spending more money. The city has “no alternative”, said Mayor Charlie Hales but to impose new street user fees on households, apartment complex owners, businesses and government agencies, including school districts.

The city claims it needs the extra money because revenue has been declining. But John A. Charles, Jr., President and CEO of the Cascade Policy Institute, took a closer look . Charles discovered that the city’s transportation revenue has actually been growing steadily and the city’s general fund has been flush. He concluded that it’s not a lack of money, but choices on spending priorities that has put the city in its current situation with road maintenance.

Meanwhile, back in Washington, D.C., a political debate is raging about what to do with the Veterans Administration, and more money seems to be the easy answer there, too. 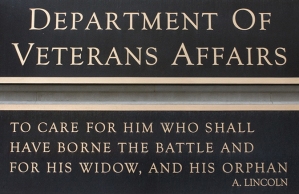 Democrats are already saying the solution to the VA’s problems is more money. At the same time they are attacking Republicans for opposing a VA bill earlier this year that would have addressed the crisis with more spending.

And Senator Bernie Sanders (I-VT), Chairman of the Senate Veterans Affairs Committee, has reintroduced a bill to reform the VA that copies the free-spending elements of a similar bill defeated in the Senate earlier this year,  including a provision that would open 27 costly new VA medical centers across the US and in Puerto Rico. 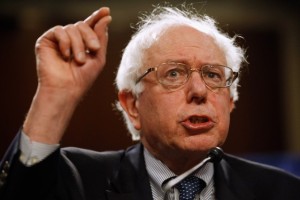 But more money isn’t going to solve the VA’s problems.

A May 28, 2014 report on problems at the VA’s Phoenix, AZ Health Care System noted, for example, that while conducting its work in Phoenix, the staff and Hotline of the Office of Inspector General (OIG) “received numerous allegations daily of mismanagement, inappropriate hiring decisions, sexual harassment, and bullying behavior by mid- and senior-level managers at this facility.”

The issues with excessive patient wait times identified in current allegations are also hardly new. The May 2014 report noted that since 2005, the VA OIG has issued 18 reports that identified, at both the national and local levels, deficiencies in scheduling resulting in lengthy waiting times and the negative impact on patient care. Each of the reports listed was issued to the VA Secretary and the Congress and is publicly available on the VA OIG website.

When the Senate failed to pass Sanders bill earlier this year it was principally because of Republican opposition, with Sanders’ cynically saying he hoped opponents would have the courage to face the vets they were depriving of care.

Other Democrats tried to position the party, which rarely sees a new spending bill it doesn’t like, as the pure for-the-good-of-the-people arm of the government, by raising the old “don’t play politics” argument. “Can we put politics aside for the good of our nation’s veterans?” said Sen. Patty Murray, D-Wash. “Can we show these heroes that – despite our differences – we will work as diligently toward getting them the benefits and care they’ve earned as they have worked for our nation?”

The problem is Sanders’ bill would have cost $21 billion dollars by vastly expanding existing programs and adding new ones, when the VA budget has already been growing like topsy.

The VA, with 151 hospitals and 821 clinics, already has an annual budget that’s more than double what it was a decade ago. 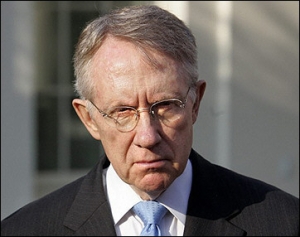 On Monday he blasted Republicans for favoring tax cuts for the wealthy over the health of vets and spending for the war in Iraq on “America’s credit card”  but not being willing to pay for the medical care of vets. All senators should support the Sanders bill regardless of its cost, he said.

With the country already facing more than $17 trillion in national debt and with annual deficits continuing to contribute to that debt, adding more debt just plain makes no sense, even if it is to serve honored veterans.

Equally, adding more veterans services and vastly expanding the pool of veterans eligible for VA services makes no sense when the VA is apparently incapable of professionally providing its services now to its existing caseload.

It would make more sense for Congress to restrain the growth of its potential clients, facilitate a shift of veterans with service-connected disabilities who don’t require specialized VA care to medical services outside the VA system, and address the serious cultural problems that have led to a dysfunctional VA bureaucracy and interminable waiting times for vets deserving of our nation’s care.

In addition, Congress owes it to our heavily indebted country to pay for any additional costs that may be incurred in connection with VA reform with real money. That would require hard choices on budget priorities. Sanders’ February bill proposed that the additional spending be paid for with overseas contingency operations funds used to fund the war in Afghanistan. His new bill would also place caps on overseas contingency operations funds . That money isn’t real savings because it wouldn’t have been spent anyway with U.S. Afghanistan operations winding down.

So watch closely as Congress tries to get out in front of the VA mess. There’s reason to be worried. As Will Rogers said, “This country has come to feel the same when Congress is in session as when a baby gets hold of a hammer.”