In 1989, when I was a reporter for The Oregonian, I happened to be in the vicinity of Homestead Air Force Base in Florida when Manuel Noriega, the former dictator of Panama, was flown in late at night after being captured by American troops in Operation Just Cause.

With my reporter credentials, I managed to secure access to an area near the base where a couple hundred demonstrators had gathered to denounce Noriega. The dynamics were fascinating.

To the TV viewers, Homestead Air Force base was overrun by a huge mob of anti-Noriega demonstrators demanding justice, but what was actually going on was a scripted, mutually beneficial tableau, with everybody playing their part. 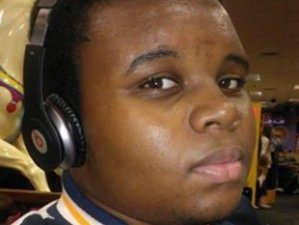 From the moment Michael Brown was shot to death on Saturday afternoon, August 9, the story ceased to be about him.

For Obama critics, it has provided an opportunity to take him to task for not being more immediately engaged in the matter, for carousing on Martha’s Vineyard while Rome burned, or for injecting himself into the story in the first place.

For Jesse Jackson, who arrived on the scene Friday night, it’s been a chance to remind people he’s still a player on the national stage. For the ever-present Al Sharpton, it has provided yet another chance to visibly insert himself in a controversy, hype it as a racial travesty and raise his public profile. On Aug. 12, Sharpton came to St. Louis to speak to Brown’s family and worked his way around the St. Louis area to demand justice in the shooting. That afternoon he managed to draw more attention by speaking on the steps of the Old Courthouse in St. Louis. 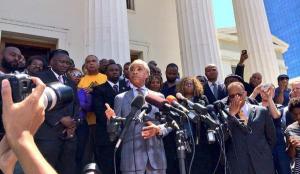 Al Sharpton speaks to a crowd at the St. Louis downtown courthouse

For Benjamin Crump, who represented the family of Trayvon Martin and has been hired by the Brown family as their counsel, it has provided a shot at a second dose of notoriety. 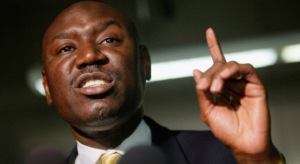 For the no-longer-as-influential NAACP, it has meant a chance to be a player, to hold a packed press conference at the local Murchison Tabernacle CME Church. So many people showed up, a lot of them had to stand outside and listen to speakers. 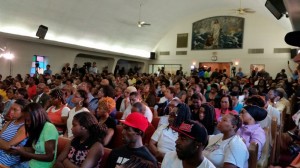 The NAACP press conference was overwhelmed with attendees

For some politicians, the whole affair has been a godsend for their exposure.

Missouri Democratic State Senator Maria Chappelle-Nadal went so far as to go on MSNBC and call Brown’s death an “execution-style” shooting. She also sent out expletive-laden tweets to Missouri Governor Jay Nixon, such as, “ You don’t know s..t bc you never communicate. F..K you, Governor!” and “F..K you, Governor. I’m calling your bullshit!”

Senator Elizabeth Warren (D-MA) weighed in with a tweet,too. “This is America, not a war zone.”

For critics of the distribution of surplus military equipment to police forces around the country, the use of such equipment in Ferguson has given them a chance to advance their messages. 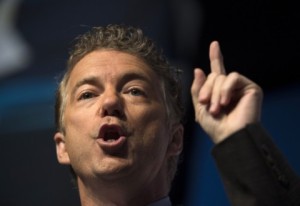 Rep. Hank Johnson, D-Ga., has announced his intention to introduce the “Stop Militarizing Law Enforcement Act,” which would further monitor, limit or eliminate such equipment sales. Johnson and Michael Shank, associate director for legislative affairs at the Friends Committee on National Legislation, took to USA Today on March 10 to proclaim of the military’s program, “Something potentially sinister is happening across America.”

Even the media’s gotten into the act. After two reporters from the Washington Post and the Huffington Post were arrested on Aug. 13 while covering demonstrations in Ferguson, both media outlets and the reporters have gone public with descriptions of the incidents and anguished protests about the “assault on the freedom of the press.” 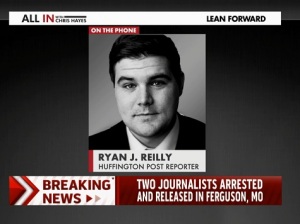 Ryan Reilly, a reporter for the Huffington Post, talked to MSNBC’s Chris Hayes, anchor of “All In,” about his arrest .

Again, this reminds me of a time when I was at The Oregonian and a con man I was following in an exhausting and circuitous effort over several weeks threatened to kill me. I wanted to include all the details of my travails in researching the story when I wrote it, but a senior editor insisted I delete it. “The troubles you endured in getting the story don’t belong in the paper,” he said. ‘The story’s not about you.