“The future cannot be predicted, but futures can be invented.” Dennis Gabor, 1963

Retirement can be a new beginning, not just an end.

Jim Nadir, who retired from Intel after 33 years there, is a space enthusiast with an impassioned commitment to kids.

When he retired, Jim chose not to spend his time in an easy chair or on the golf course. Instead, he served as a volunteer at Valley Christian High School in San Jose, CA. For the past three years, he’s been mentoring students in the school’s unique advanced space program. The highly lauded program develops student experiments for the International Space Station (ISS), develops rockets and will launch the school’s first satellite from the ISS next year.

The ISS Program is a STEM (Science Technology Engineering Math) outreach to schools around the world. Together with the partner schools, it has launched 73 experiments to the ISS over the past 6 years.

Enthusiastically devoted to mentoring, Jim has helped junior high and high school students put experiments aboard the ISS. He also participates in the school’s satellite development and rocket programs. The rocket program launches high powered sounding rockets from the San Joaquin Valley and Black Rock, Nevada that go from two to eight miles into the atmosphere.

Allie is one of Jim Nadir’s success stories. When they first met three years ago Allie was in 7th grade at Valley Christian Middle School. She was withdrawn, so shy she often hung back from even telling her teachers and classmates her name. 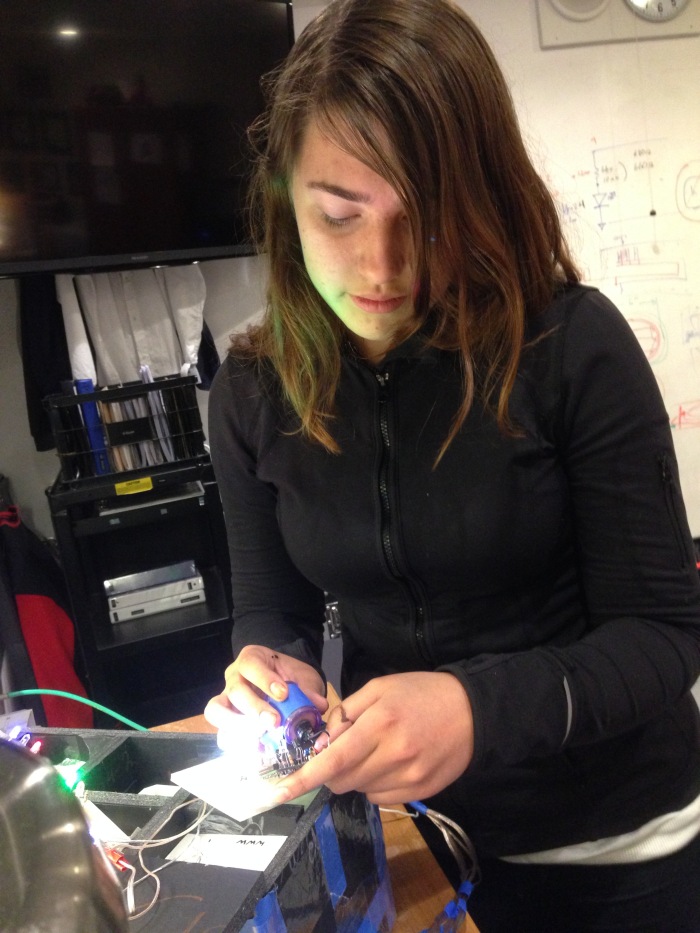 Allie working on a project

A teacher noticed that Allie had a natural curiosity and placed her in the newly created junior high ISS class, a challenging class attended mostly by A-level students. The class was a proof of concept that junior high students were up to the task to put experiments aboard the ISS. There, Allie began to go through a gradual metamorphosis, like a butterfly emerging from a chrysalis.

Her enthusiasm ignited, Allie joined the high school’s ISS program as a freshman. “She got motivated and charged up there and just suddenly blossomed into a very responsible young person,” Jim said.

Once timid Allie, now a sophomore, recently made a video interview with NASA, describing her involvement with the ISS program. “She couldn’t even tell you her name three years ago and now she’s confidently standing in front of a camera,” Jim said. The video ran on NASA TV in connection with a March 22, 2016 launch of a resupply mission to the ISS. 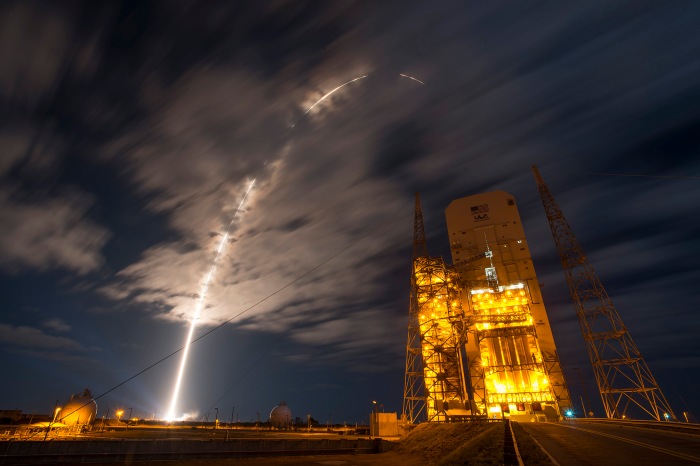 “One of the most exciting aspects to the ISS program is that students are given a chance to apply what is learned in the classroom to a project which will deliver unique results that can be applied to real world problems,” Allie said.

“When I first entered the program, I was not particularly sure what my true passions were,” Allie added. “ I have found that I possess talent in both science and mechanical engineering. I know precisely what my skill sets are and what I am actually capable of, and I owe it all to the ISS program.”

Andy’s another success story. He was in the same junior high ISS class as Allie where he innovated new fluidic bags, spore injectors and pioneered the use of peristaltic pumps. His innovations propagated into the high school and went to other schools as well. “I found out that I could innovate and make decisions,” said Andy.

His junior high experiment was presented at the ASGSR (American Society for Gravitational and Space Research) Conference in Pasadena where it won “Best Use of the Space Station” award from CASIS (Center for the Advancement of Science in Space), the sole manager of the International Space Station U.S. National Laboratory.

Valley Christian High School offers students the opportunity to specialize through its Applied Math, Science and Engineering (AMSE) program. The ISS Project provides students with the opportunity to conceive, design, build, test, integrate, and qualify computer-controlled science experiments that are then sent into space and are active on the International Space Station for a minimum of 30 days.

Many of these experiments have their roots in previous NASA experiments and are extending them to the next logical step. For example, Dr. Jan Leach (Colorado State) discovered that soy bean plants in microgravity are more susceptible to fungal infections. The students, after reviewing her NASA paper, sent two experiments to combat fungal infection, one uses inoculation and the other uses vibrations in an attempt to strengthen the plant’s cell walls to resist infection. This vibration experiment has caught NASA’s interest because of its unique approach.

Jim retired from Intel’s Santa Clara, CA site in 2007. He told me his story in the hope it will inspire other retirees who would enjoy “putting their DNA into space” while doing something meaningful for the next generation of students or whatever else will help change the world for the better.

Jim Nadir’s Intel career: Jim began his  33 year career at Intel developing peripherals for the 8086. He subsequently developed the layout and circuits for Intel’s first standard cell library and logic synthesis (pioneered at Intel Haifa), and later was the leader for the Pentium Instruction cache and the Itanium Data Cache. He then moved into New Business Development ASIC group and later pursued FPGA technology and other programmable fabrics for custom and small volume runs.

The Encore Career Handbook, a comprehensive, nuts-and-bolts guide to making a difference and a living in the second half of your life.

http://www.Encore.org – A non-profit that is spearheading efforts to engage millions of people in later life as a vital source of talent to benefit society.