Oregon Democrats talk out of both sides of their mouth when addressing school finances.

While arguing that our schools desperately need more money and advocating for Measure 97, which would impose huge business tax increases to cover the bill, they’ve been working to increase school costs.

It all has to do with unemployment insurance.

But leave it to the Democrats, allied with their union supporters, to try to chip away at these restrictions and pass along the added costs to Oregon schools.

Democrats made a run at changing the law in 2015 when State Senator Michael Dembrow (D-District 23), who receives substantial campaign contributions from unions, introduced SB 470. 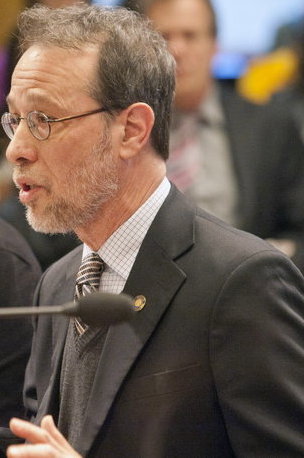 At the time, school employees who performed services other than instruction, research or administration did not qualify for unemployment insurance benefits during school breaks. A committee amendment which replaced the original language of SB 470 would have changed that, permitting school employees who left their jobs for good cause to receive unemployment insurance benefits.

The bill was still in committee upon adjournment, so it died.

But the Democrats persisted.

Earlier this year, Senator Dembrow introduced SB 1534, which again proposed permitting school employees who leave their jobs for good cause to receive unemployment insurance benefits during summer and school breaks.

Tricia Smith of the Oregon School Employees Association testified before the Senate Committee on Workforce and General Government that school employees who could be eligible for benefits under the bill are in non-instructional positions such as secretaries, food service workers, custodians, school bus drivers and others.

Like the proverbial camel’s nose under the tent, the law was likely the first salvo in a long-range union attempt to make teachers eligible for unemployment compensation during summer and school breaks, too.

Fortunately, I learned that the Democrat’s misguided attempt to burden Oregon schools with higher unemployment compensation costs has been crushed.

After passage of the legislation, the Employment Department received notice from the U. S. Department of Labor that SB 1534 does not conform with federal guidelines to administer the Unemployment Insurance program.

According to Craig Spivey, a Public Information Officer with the Oregon Employment Department, “SB 1534 included a provision that if the changes to Oregon statute fail to conform to federal guidelines, they would not go into effect. Therefore SB 1534 is not in effect at this time and no unemployment claims have been filed” under the more expansive criteria in the legislation.”

Whew! Oregon school districts dodged a bullet on this one.