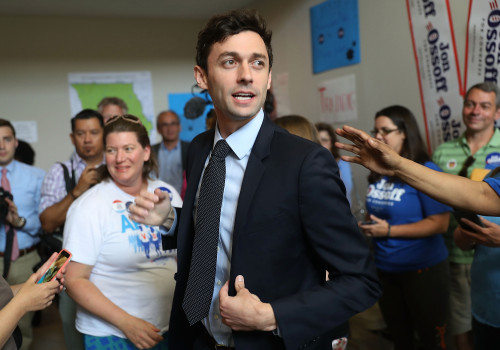 Democrats across the country opened their wallets in support of Jon Ossoff, a Democratic candidate for Georgia’s Sixth Congressional District. Their goal, secure more than 50 percent of the April 18 special election vote, avoid a runoff and win a seat that Republicans have held since 1979.

All together Democrats donated $8.3 million to Ossoff’s campaign in the first quarter of 2017. On top of that, Center for Public Integrity’s Rachel Wilson has reported that super PACs, nonprofits and other groups independent of any candidate’s campaign spent another $9 million on the Georgia 6th race.

But Ossoff didn’t exceed 50 percent. Now Ossoff, a 30-year-old documentary filmmaker and former congressional staffer, will have to run in a 2-way race against just one Republican candidate in June. The likelihood is his Republican opponent will coast to a win.

So much for the Democrats’ hoped for repudiation of President Trump.