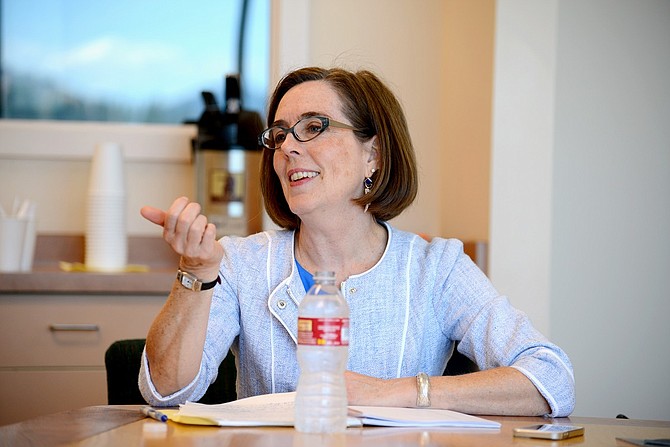 What, me try to pull a fast one?

Oregon’s Senate Rules Committee needs to straighten up and fly right when it considers proposed appointments by Gov. Kate Brown one week from today.

The Senate Rules Committee is scheduled to consider the nominations on Nov. 13. It should just say no.

If the two men, neither of whom have power and conservation expertise, are approved for the Council positions, not only will they each make $120,000 a year, but they’ll likely end up exploiting PERS for big payouts. That’s because their pensions will be calculated using their new high salaries, potentially rewarding them with hundreds of thousands of extra dollars. This when PERS is already overwhelmed with billions of dollars in unfunded liabilities.

I remember when smug Enron executives tried to intimidate Oregon Public Utility Commissioners in an effort to secure approval for Enron’s takeover of PGE. Commissioner Joan H. Smith blasted the Enron people at a hearing for assuming Oregonians were simple-minded country bumpkins . “Do you think we all just fell off a turnip truck,” she said.

Gov. Brown must think the members of the Senate Rules Committee just did.

Members of the Senate Interim Committee on Rules and Executive Appointments