Sexual abuse isn’t the only scandal under the United States Olympic Committee (USOC).

While most of Oregon’s Olympic hopefuls and those from around the country have had to scramble to pay the bills for their training, employees of the non-profit USOC have been wallowing in exorbitant salaries.

“The road to Pyeongchang is paved with blood, sweat, tears, and a whole lot of money,”  the Aspen Times wrote before the 2018 Winter Olympics. But not every aspiring Olympic athlete has a big bank account.

“Many of them had to crowdfund to get (to PyeongChang),” wrote Washington Post reporter Sally Jenkins. “They bartended, cleaned houses and begged their local police to hold bake sales to help them pay for training and plane tickets.” More than 1,000 campaigns were up on crowdfunding site GoFundMe when you searched “2018 Olympics.” And only a handful of Olympians actually reap big payoffs from their victories.

Meanwhile, USOC executives and staff rake in the dough.

And the compensation numbers are just as distressing at some of 47 national governing bodies under the USOC umbrella.

USA Swimming, for example, is responsible for selecting and training teams for international competition including the Olympic Games. In 2016, when the USA Swimming Board of Directors extended the contract of USA Swimming Executive Director Chuck Wielgus through Dec. 31, 2020 , it agreed to pay him just short of $1 million a year.

This despite serious questions about sexual abuse claims by swimmers and a 2014 story, Unprotected, in Outdoors Magazine that blew the lid on swimmers’ complaints.”There’s a horror in the shadows of American competitive swimming: a continuing legacy of sexual abuse, usually involving male coaches who prey on young women—and a governing body that looks the other way,” Outdoor writer  Rachel Sturtz reported. Wielgus died of complications from colon cancer in April 2017.

Another national governing body, the U.S. Ski and Snowboard Association (USSA), compensated both a former and current CEO in the year ending April 30, 2017, according to its Form 990 .  William Marolt, who led the USSA as CEO for 18 years before retiring in March 2014, received $741,696 in compensation while his successor, Tiger Shaw, pulled in $510,683.

Then there was Dan Flynn, CEO of U.S. Soccer, whose compensation for the year ending April 30, 2017 totaled $832,655. The U.S. men failed to even qualify for the 2016 Olympics soccer tournament; the American women lost to Sweden in the earliest exit the team had ever made in a major tournament.

The USOC revels in pushing out heartwarming stories about the noble Olympics and the athletes who sacrifice to achieve their dreams for America’s greater glory, but it doesn’t talk much about the loot its executives and staff pull in. 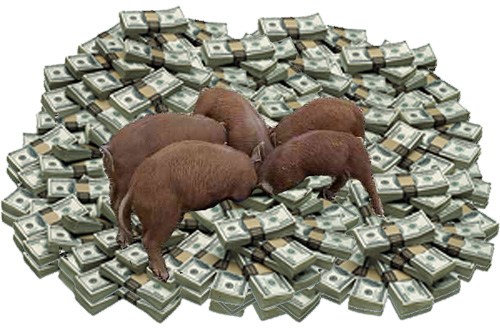 In 2016, the most recent year for which compensation data is available, high earners at the USOC included:

CEO Blackmun resigned in March 2017, ostensibly because of health problems, but also likely because of sex abuse scandals and oft-criticized excessive salaries at the USOC.

“To many Olympic athletes, those USOC executives still look like the 1 percent,” wrote Philip Hersh, a former Olympic Specialist for the Chicago Tribune. “That is not an image they should want.”

P.S.: The just-completed World Cup reminds us that it’s not just the Olympics that’s over the top in handing out money. The 36 members of scandal plagued FIFA are scheduled to meet just three times this year, but each will be paid $250,000  for their participation. 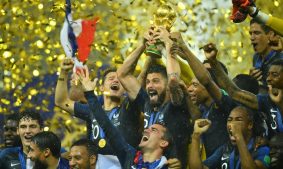