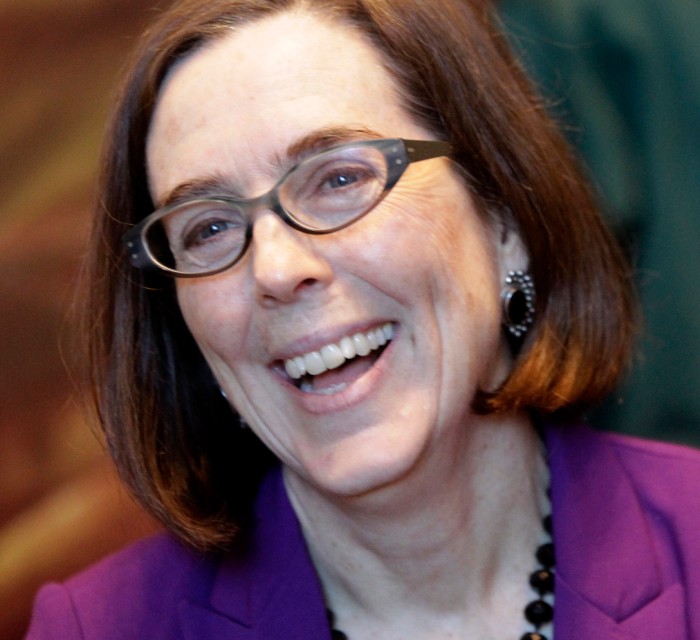 Sounds simple and straightforward. It’s not.

It’s just plan wrong and Brown and her Attorney General, Ellen Rosenblum, shouldn’t be allowed to get away with it.

Oregon’s Cascade Policy Institute is pointing out that Novick’s entire salary is being paid by an out-of-state private source, New York University’s State Energy & Environmental Impact Center, which is backed by Bloomberg Philanthropies. The Center is covering Novick’s legal fellowship with the aim of strengthening state attorney general offices in their crusade against the Trump administration’s environmental policies.

The unprecedented practice of providing external funding to state attorneys general to push a policy agenda ought to raise ethical concerns, the Cascade Policy Institute asserts, and justifiably so. As attorney Andrew Grossman put it: “What you’re talking about is law enforcement for hire….Really, what’s being done is circumventing our normal mode of government.”

In August 2018, Competitive Enterprise Institute published a report by Christopher Horner which details the roots and function of the SAAG program. Law Enforcement for Rent: How Special Interests Fund Climate Policy through State Attorneys General describes the genesis of the SAAG program as an informal coalition between states, spearheaded by former New York Attorney General Eric Schneiderman.

According to Justus Armstrong, a Research Associate at Cascade Policy Institute, a letter included in the report’s appendix from Schneiderman and Vermont Attorney General William Sorrell to Oregon Attorney General Ellen Rosenblum shows she was invited to a March 2016 meeting of this coalition. The letter describes the program as “an important part of the national effort to ensure the adoption of stronger federal climate and energy policies.” Correspondence between members of the coalition (also compiled by Horner) expresses a desire to collaborate on targeting companies in the energy industry with regulatory and enforcement tools.

If this sounds questionable, imagine a similar practice being used to serve other political agendas. If a nonprofit backed by Charles and David Koch offered to fund a position in a state to provide legal assistance on regulatory matters, would it be considered a conflict of interest? If the National Rifle Association were bankrolling state employees to serve as a “resource” on gun law enforcement, would it raise red flags? This isn’t simply about protecting the environment versus not. It’s a question of impropriety and corruption. NYU states in its agreements that fellows owe their loyalty solely to the state attorney general once they’re assigned there, but SAAGs like Novick are still being paid by an outside source while working on behalf of the state.

According to the Associated Press, Oregon deputy legislative counsel Marisa James said in a Sept. 11, 2018 legal analysis that the fellowship program violates state law because special assistant attorney general Steve Novick is paid by an entity other than the state and reports to the center and the attorney general.

“We conclude that some aspects of Mr. Novick’s appointment conflict with the Attorney General’s authority to appoint assistants under ORS 180.140,” Ms. Jacobs said in a letter obtained by The Washington Free Beacon.

It appears that Rosenblum was anxious about the ethical gray areas of this arrangement from the start. Emails from within the DOJ show that Rosenblum instructed the DOJ not to use the word “volunteer” to describe Novick’s position in his hiring paperwork. The obfuscating language of the hiring process is notable: In reality, Novick isn’t working as a “volunteer” or a “research fellow,” but as an environmental lawyer, as he has been for years. Rosenblum also showed apprehension about the potential media attention the unprecedented arrangement could draw, as one email states:

“We need to be sure we are prepared to explain his position to the media, who, no doubt, will be interested. (Because he is being paid by an outside entity—which is quite unusual I think)….”

As Armstrong notes, Novick’s position is quite unusual indeed, and Oregonians deserve an explanation. Regardless of one’s views on Novick, Rosenblum, or Bloomberg’s environmental policy agenda, embedding privately funded legal counsel in our justice department is a conflict of interest. The Attorney General’s office should be loyal to Oregon citizens, not out-of-state donors, and should uphold the law rather than push a legislative agenda.