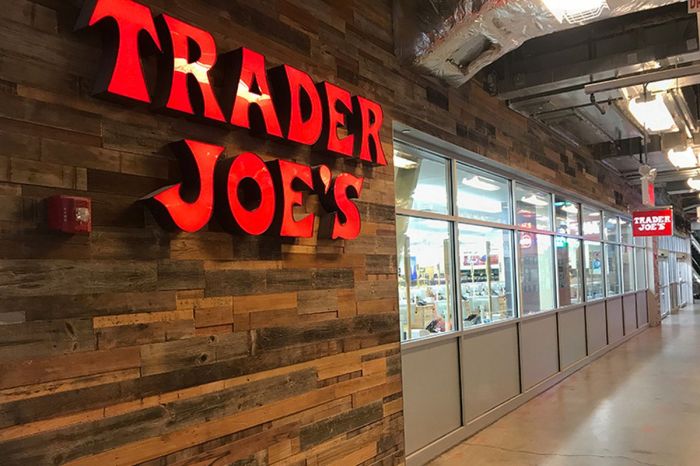 Finally, somebody stood up to the mob.

Briones Bedell, 17, a California high school senior, thought Trader Joe’s used racist branding and packaging, so she started a Change.org petition to stop it. “We demand that Trader Joe’s remove racist branding and packaging from its stores,” her petition says. “The grocery chain labels some of its ethnic foods with modifications of “Joe” that belies a narrative of exoticism that perpetuates harmful stereotypes.”

The petition touched a nerve with some people, generating castigation of Trader Joe’s by a Twitter mob and even a New York Times  story on July 19, even though the petition had captured fewer than 2,000 signatures at that point, hardly evidence of a groundswell in public condemnation.

That all led to what appeared to be capitulation by Trader Joe’s, though the company said it had decided to get rid of the allegedly racist branding and packaging before the petition emerged.

In an unexpected and groundbreaking twist, however, Trader Joe’s reversed course, issuing a statement on July 24, 2020 saying the branding and packaging would stay: “We want to be clear: we disagree that any of these labels are racist. We do not make decisions based on petitions…We make decisions based on what customers purchase, as well as the feedback we receive from our customers and Crew Members… those products that resonate with our customers and sell well will remain on our shelves.”

Has the tide finally begun to turn against social media zealots? There are good reasons why it should.

In the case of Change.org, one good reason to ignore it is because its petitions are useless social barometers generated by a for-profit private company, not a nonprofit charity as many falsely assume. It makes millions by selling advertised petitions on its website. According to Activist Facts, its revenues come from tracking profile data on petition signers and promoting advertised petitions to targeted Change.org members. The promotion comes from Change’s staff of professional campaigners and organizers.

The Wall Street Journal reported on how the system works on the individual user’s end:

[You] join Change.org and sign a petition. Your email is registered as having an affinity with that subject. Change.org then matches you with petitions dealing with similar causes that are sponsored by political groups, activists or nonprofits such as Oxfam. You can sign their petitions and opt to learn more about the groups. If you do opt in, the sponsor gets your address.

“I have huge problems with Change.org because they are a lead-generation business disguised as a social-change organization for whoever is willing to pay them for the email addresses,” Clay Johnson, author of “The Information Diet” and a veteran of fund raising through social media, told the Journal.

A New York Times story on the effectiveness of online petitions expanded on this point. “Digital petitions are popularly used to build databases of names, emails and phone numbers of those who can be called on to act or donate. ‘It’s moved from an organizing effort to an intelligence-gathering operation,’ said Scott Payne, who worked as an organizer for a software company that helps clients gather supporters and donors. That granular level of detail also allows organizations to direct ads to supporters on Facebook.”

Change.org also makes money from people who choose to promote petitions. Promoted petitions let you pay to show any petition (including your own) to other potential supporters on Change.org or its distribution channels. As Change.org puts it, “When someone chips in to promote a petition it helps us share it with wide audiences of action-takers in the Change.org community. Each contribution helps cover the costs of distributing the petition to hundreds, thousands, even millions more people in the Change.org community, many of whom go on to sign the petition.”

Change.org petitions are also unreliable barometers of public opinion because, as the saying goes, “On the Internet, nobody knows you’re a dog.” The people the petition is trying to influence don’t know much of anything about the signers. Does a signer buy their product, for example? Petition targets also don’t know if people are signing multiple times or signing for other people.

Is the signer a registered voter in a congress member’s district? When I worked for a congressman from New Jersey, he paid a lot more attention to a communication from somebody in his district than from an activist in Santa Clara, CA. That’s why members’ websites ask commenters to identify where they live. In the case of Change.org petition signers, it’s not clear where they’re from or even if they’re Americans. Signers are pretty much a blank slate.

A large number of petition signers is also an unreliable gauge of public opinion. A petition calling for hazard pay for United States Postal Service (USPS) employees, for example, had attracted 979,249 signatures as of early Tuesday afternoon, but the petition is hardly an action by a public-spirited citizen. It was submitted by “Carrying Mail 365”, an organization of U.S. postal workers, who on their own number almost 500,000. Nevertheless, media such as Newsweek, Fox Business and MSN have covered the petition as though it is news.

As with Change.org, mobs on Twitter, Facebook, Instagram and other Internet-based applications are often unreliable reflections of broad public opinion and should be treated with caution. One reason is because their algorithms pour gasoline on the flames, spreading the grievances of a scant few to the attention of millions.

In the case of twitter, according to a 2019 Pew Research Center report:

Instagram’s audience is also a factor in its influence. Instagram is most popular with Hispanic Americans, with 51% of this audience using the app, compared to 40% of Black Americans, and 33% of white, according to Business of Apps. This may be connected with the rural/urban split, with Hispanic and Black users more likely to live in cities.

One unfortunate result of the insistence on personal accountability that emanates from social media campaigns is the lack of any notion of proportionality. Those with opposing views are assailed as enemies to be punished, rather than as fellow citizens to be persuaded (or, at worst, provocateurs to be ignored), U.K.-based researcher, Noah Carl, wrote in Quillette.

The best remedy would be resistance by strong adult leaders—university presidents, newspaper publishers, heads of corporations such as Trader Joe’s and so on—capable of standing up to Twitter, other nasty social media and profit-driven petition companies, says Lance Morrow, a senior fellow at the Ethics and Public Policy Center.

What’s the chance that will happen?  “The odds are against such a miracle,” Morrow says. “The woke, like hyenas, hunt in packs, and those in authority are craven.”