What are they smoking?

That was my first thought when I learned Republicans think Rep. Peter DeFazio (D-OR) and Rep. Kurt Schrader (D-OR) will be vulnerable in 2018.

The National Republican Congressional Committee’s Chairman Steve Stivers announced on Feb. 8 that DeFazio and Schrader would be among the party’s initial 36 offensive targets in the House of Representatives for the 2018 midterm elections.

so they can pursue their agenda in areas such as healthcare reform, a stronger national defense, and job growth.

DeFazio has represented Oregon’s 4th Congressional District since 1987. The district, in the southwest portion of Oregon, includes Coos, Curry, Douglas, Lane, and Linn counties and parts of Benton and Josephine counties.

Democrats figured the Corvallis shift guaranteed DeFazio a permanent seat and his seat did seem safe when he won in 2014 with 58.6 percent and in 2016 with 55.5 percent.

Further hurting Republicans has been their failure to put up a strong opponent.

With a weak bench, the Republicans have run the same man, Art Robinson, against DeFazio in each of the past four elections. You’d think they would have learned. The first time, 2010, Robinson lost by 10 points, the second time by 20, the third by 21, the fourth by almost 16.

So, is DeFazio really vulnerable as the National Republican Congressional Committee believes? Maybe.

Consider how Donald Trump did in DeFazio’s district.

In the end, Hillary barely carried the 4th District with just 46.1 percent of the vote versus Trump’s 46 percent, a margin of just 554 votes.

That suggests the Republican problem is their candidate and his/her messaging, not the dominance of Democrats.

If the Republicans could recruit a strong moderate candidate able to make persuasive arguments, DeFazio could be in trouble.

As for Schrader, he has represented Oregon’s 5th Congressional District since 2008. The district, in the northwestern portion of Oregon, includes Lincoln, Marion, Polk, and Tillamook counties as well as portions of Benton, Clackamas, and Multnomah counties.

In his first race, Schrader won with 54 percent of the vote. He won his subsequent races with 51.3 percent, 54 percent, 53.7 percent, and 53.5 percent. In 2011, the Oregon State Legislature approved a new map of congressional districts based on updated population information from the 2010 census, but it hasn’t had a meaningful impact on Schrader.

Schrader’s winning margins to date have been consistent and comfortable, but not breathtaking. They would likely have been higher without the presence of multiple other party candidates in the general elections, who have been draining principally liberal votes. In 2016, for example, the Pacific Green Party took 3.4 percent of the votes. In 2014, three other parties captured a total of 6.7 percent of the vote.

Is Schrader as vulnerable as the National Republican Congressional Committee believes? I don’t think so. Even though he’s been in Congress fewer terms than DeFazio, his district is likely safer for a Democrat, and becoming more so.

I know, he’s been in office for 30 years and just keeps rolling along, seemingly invincible. But I think he’s more vulnerable than he looks. He hasn’t so much been winning as the Republicans have been losing with uninspiring, ideologically rigid candidates.

My advice to the National Republican Congressional Committee. Don’t divide your limited resources in an effort to capture both seats. Instead, focus on finding a strong moderate candidate to run against DeFazio in 2018, building a war chest sufficient for a credible race and running a sophisticated campaign.

Dennis Richardson showed a Republican can win in Oregon. If the right things fall in place, the 4th District could be next. 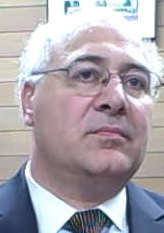 Why isn’t this man smiling?

Just in the first three days of this month they pumped $398,915 into his campaign, according to state filings.

Although union members account for just 14.8 percent of wage and salary workers in Oregon, they play a big role in Avakian’s campaign. Union donations in the first three days of November included:

We’ll see whether all this loot can pull Avakian ahead. 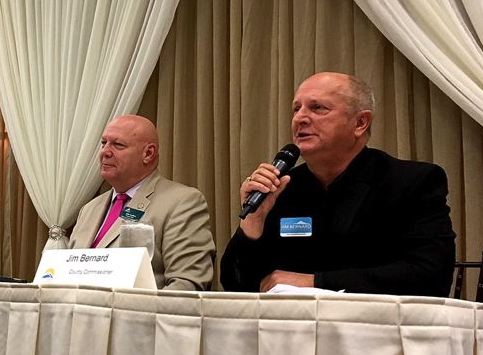 The race between Jim Bernard and John Ludlow for Chair of the Clackamas County Board of Commissioners make the partisanship clear.

Start with a look at Bernard’s endorsers in the Oregon Voters Pamphlet:

Subtracting the personal loans and Bernard’s Garage in-kind contributions, Bernard’s campaign has raised $139,972.11. Of that, $74,943.15 has come just from state and federal Democratic party organizations, Democratic office holders and unions.

In other words, at least 54 percent of the contributions to Bernard’s campaign have come from state and federal Democratic party organizations, Democratic office holders and unions.

P.S. – I sent a copy of this story to Clackamas County Clerk Sherry Hall. She responded “Yes”. Maybe all she read was the headline.

If you look at all the races on the Oregon ballot on Nov. 8, it’s clear that the Republican Party has largely abdicated its position as the loyal opposition.

It starts at the top with the U.S. Senate race. Anybody know who the Republican candidate is? His name is Mark Callahan. I can tell you he went to OSU. But his website doesn’t list any events he’s attending and OpenSecrets.org reports he has raised just $15,852 (compared with Democrat Ron Wyden’s fundraising total of $11.4 million).

The 3rd and 5th District races for the House of Representatives aren’t any better.

In the 3rd, which includes most of Multnomah County, including Portland east of he Willamette, 10-term Democrat Earl Blumenauer is opposed only by Progressive Party candidate, David Delk, who says he has no experience. OpenSecrets.org reports he has raised nothing (compared with Blumenauer’s fundraising total of $1.1 million). Of course, the 3rd has been held by a Democrat since January 1937.

In the 5th, the Republicans did manage to recruit Colm Willis to run against Democrat Kurt Schrader. Willis has deep Oregon roots, graduated from Willamette University’s School of Law and worked as a staff member on a U.S. Senate committee, but he has raised just $239,113 (compared with Schrader’s $1.6 million)

How about the governor’s race?

Bud Pierce may be a great doctor and a nice guy, but he was invisible statewide, a cipher, until this election. He’s managed to raise $2.5 million, but Brown has raised $3.5 million and Oregon hasn’t elected a Republican governor since 1982.

An OPB poll released on Oct. 17 showed that Brown leads Pierce by an astonishing 46 percent to 33 percent. This despite the fact that even Willamette Week offered faint praise for Kate Brown, declaring, “Brown’s greatest political strength is her affability—and her ability, so far, to blame problems on her predecessor.”

Work your way down the Oregon ballot and it gets worse, with many Democrats facing NO republican opponent.

The Republican Legislative Campaign Committee (RLCC), a state-oriented national organization that seeks to elect Republicans to state legislatures, identified the Oregon State Senate and House of Representatives as targets in the 2016 elections. You’d never know it.

In the Oregon State Senate races, there’s no Republican candidate in the 14th, 18th, 21st, 22nd and 23rd Districts.

How in hell the Republicans ever hope to recover power in Oregon under these circumstances is beyond me. And that’s not healthy for Oregon. One party dominance leads to corruption, cronyism, recklessness and abuse of power.

The thing is, if the Republicans would focus on building a strong bench, skillfully build public awareness of those with the greatest potential, encourage them to run for office and back them up with ample financial support, they can win and change the dynamic of state politics.

Look at the 2010 race between Democrat John Kitzhaber and Republican Chris Dudley. Despite some clear errors in strategy and execution, Dudley captured 694,287 votes, only 22,238 fewer than Kitzhaber’s 716,525. Damn close. More promising for the Republicans, Dudley carried all but 7 of Oregon’s 36 counties. 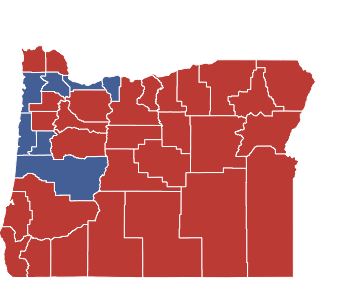 Lane and Multnomah Counties, two Kitzhaber won, may be a lost cause for Republicans, but if Dudley had been able to peel off more votes in the other 5 he might well have won.

In other words, offer appealing, moderate candidates, back them up with financial resources, run strong campaigns across Oregon and Republicans can win.