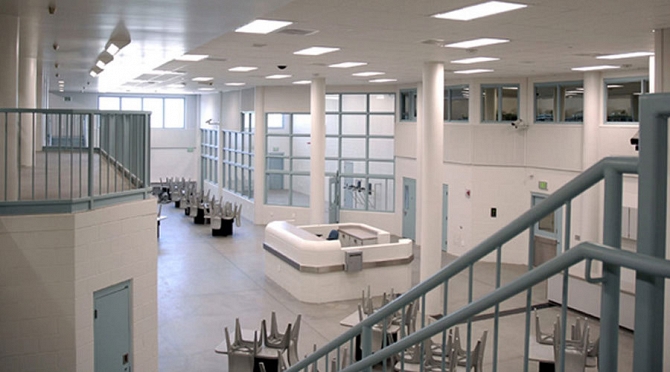 Has Multnomah County been flouting the law in its management of the Wapato jail?

In 1996, Multnomah County voters approved a $79.7 million public-safety bond measure to deal with inmate crowding and predictions of rising crime.

Now some folks, including Multnomah County Commissioner Loretta Smith, want to turn the jail into a giant homeless shelter. But other county officials are adamant the jail is unsuitable for such a use.

A major reason is because county officials have chosen to do what was convenient, rather than what was right.

When property at the County Sheriff’s office or other county jails broke or got too old or just needed replacing, rather than buying something new, the county ransacked Wapato.

“What people think is out there is a fully functioning building with kitchens and everything. It has none of that. It’s been stripped bare,” County spokesman Dave Austin told KGW-TV. “What we did was, if the sheriff’s office in their other three jails had a need for something — you know a big stove, an oven, a dishwasher — if those broke, we didn’t spend taxpayer dollars and buy new stuff. We went and took the stuff from Wapato.”

It would cost taxpayers at least $5 million to $7 million to replace all the stuff that was spirited away and get Wapato ready for occupancy, Austin told KOIN 6 News.

That’s right. County employees have ripped off $5-$7 million of Wapato property for other uses.

The problem is the 1996 bond measure for Wapato didn’t say that after the county built the jail, it could loot it.

The Dec. 17, 1996 Official Statement, the offering document delivered to prospective investors for the $79.7 million of bonds that were sold in the public market, specified that the bond proceeds would be used for the following:

In 2003, the State authorized the County to shift from building the bed alcohol and drug / work release / mental health beds to building 300 jail beds, instead, raising the total number of Wapato jail beds to 525 and committing $58.4 million to the project.

But one thing didn’t change with all the machinations. There was still no provision allowing for the Wapato jail to be raided of contents worth millions so they could be shifted to other facilities.

A California case supports the view that such slippery shenanigans are prohibited.

In 2008, voters in the San Diego, CA Unified School District authorized $2.1 billion in general obligation bonds for school projects listed in a 96-page pamphlet. Later that year, voters challenged the District’s use of general obligation bond proceeds for the acquisition and installation of field lighting for the football stadium at a local high school.

In 2013, the California Court of Appeal determined in Taxpayers for Accountable School Bond Spending v. San Diego Unified School Dist. that the school district’s failure to make explicit reference to the installation of stadium lighting within the site-specific section of a bond project list rendered that expenditure unlawful.

Maybe some folks involved in pillaging the Wapato Jail should be in it.

4 thoughts on “Playing fast and loose: Multnomah County and the Wapato Jail”