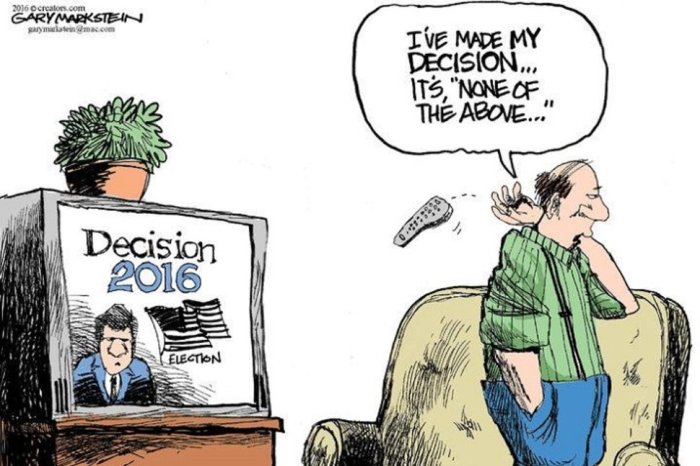 Another reason why so many Americans are frustrated, despondent, and bitter this election year.

Both parties have lost ground among the public. Independents now outnumber either Democrats or Republicans, with 40% of Americans choosing that label, according to the Pew Research Center.

But the private, Democrat and Republican-created and -controlled Commission on Presidential Debates announced on Friday, Sept. 16, that only Donald Trump and Hillary Clinton will be allowed on the stage for the first presidential debate.

So here we have a Commission that’s a creature of the two major parties setting the ground rules for who gets to be on the debate stage, securing free airtime for its choices on C-SPAN, ABC, CBS, FOX and NBC, as well as all cable news channels including CNN, Fox News, MSNBC and others.

Not exactly a reason to celebrate our political system, is it?