Given Nike’s history of gaming Oregon’s tax system, it’s hard to understand why. 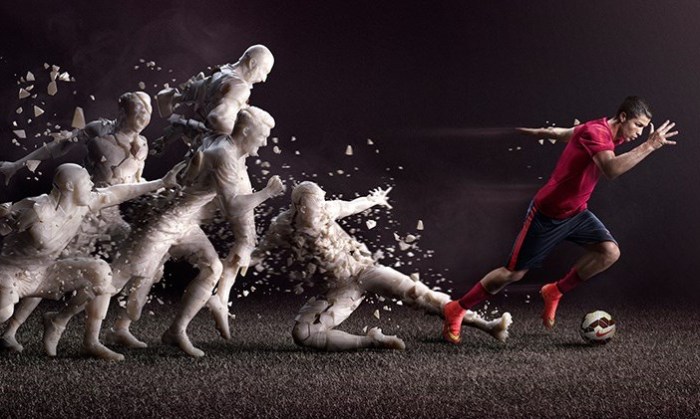 Nike has been skilled at staying ahead of the taxman in  Oregon.

In 1965, Oregon adopted provisions that provided a method for dividing corporate taxable income among states according to each state’s share of a corporation’s property, payroll and sales.

Each of those factors was given equal weight until 1991 when the state shifted to 50% weighted sales and 25% for payroll and property. In 2003 the sales factor increased to 80%. In 2005, under pressure from Nike and some other large multistate employers,the state moved entirely to single sales factor, meaning 100% for sales and 0% for payroll or property.

The shift meant that Nike, with large portions of its property and payroll in Oregon, but a small share of its U.S. sales, was in a position to shave a hefty amount from its corporate income tax bill.

The Oregon Department of Revenue estimated that the shift 10 single sales factor would reduce total tax revenue by $77.6 million in the 2005-07 biennium alone.

Nike was thrilled, but as time went on it wanted more. In particular, it wanted to cement the single-sales factor system in place for the long-term.

In 2013, behind-the-scenes maneuvering by Nike resulted in a deal under which the state promised not to change Nike’s single sales factor tax treatment for 30 years if the company agreed to expand in Oregon. That meant Nike would be exempt if the state decided to include measures such as payroll or property value in its corporate income tax calculations.

Nike was thrilled again, but some tax policy experts criticized the deal. “… enacting legislation that for practical purposes is directed to, at most, a handful of companies is not ideal tax policy, as this policy provides benefits to certain taxpayers that are not available to the vast majority of other companies,” a Grant Thornton LLP paper said.

Nike’s next move came in 2018, when public employee unions wanted to get a ballot measure passed that would require Oregon companies to reveal to the public the state taxes they pay.

Nike wasn’t thrilled with that prospect, so it cut a deal with public employee unions and Gov. Kate Brown to kill the measure. In return, Brown and the unions got assurances that Nike would oppose  Initiative Petition 31, a measure that would make it harder for the legislature to raise taxes, and Initiative Petition 37 that would ban taxes on food in Oregon. At that point, supporters of both initiatives had already turned in enough signatures to get the proposals on the ballot as Measures 103 and 104.

The deal, secured by an alliance of strange bedfellows, protected Nike from the threat of having to disclose how much it pays in taxes and, in turn, how much tax revenue the state gave up by agreeing to the single sales factor tax.

Coming out a winner again, Nike protected its narrow self-interest at the expense of full corporate transparency and Oregon taxpayers at large.

As Gov. Brown and the unions had hoped, the anti-tax initiatives went down to defeat in the Nov. 2018 election. Not only that, but the Democrats, with help from campaign contributions by Nike, won a supermajority in the state House and Senate. That will give them the ability to craft statewide bond measures and to raise taxes without Republican support.

And that’s exactly what the Democrats plan to do, raise taxes…a lot.

In late November 2018, Nike, public employee unions and a group of long-term care providers launched a coalition to push an expansive tax package through the Legislature without any commitment to address problems with the the state’s Public Employees Retirement System (PERS).

A lot of Oregonians who voted for Democrats in November 2018 probably didn’t realize they were voting to raise their taxes big time, but a tsunami of taxes is about to wash over the state and wreak havoc with Oregonians’ budgets.

If you’ve seen your pay go up because of Trump’s tax overhaul (which, by the way, Democrats in Congress want to roll back) or a pay raise, get ready to see your gains disappear down a tax rat hole.

But even with Brown’s proposed budget increase the state could be short $623 million, according to the Legislative Fiscal Office and Department of Administrative Services. That could mean pressure for even more taxes.

When 1 in 3 Americans can’t name their state’s governor, 4 of 5 can’t say who their state legislator is and consistent statewide media coverage of the goings–on in Salem is limited,  Oregon’s Democrats probably figure they can raise taxes as they please without much blowback from the public.

And Nike probably figures it can rely on its carefully curated social responsibility reputation to protect itself and avoid being singled out by Oregonians as an instigator and enabler of higher taxes on everybody but itself.

After all, what’s good for Nike is good for Oregon, right?