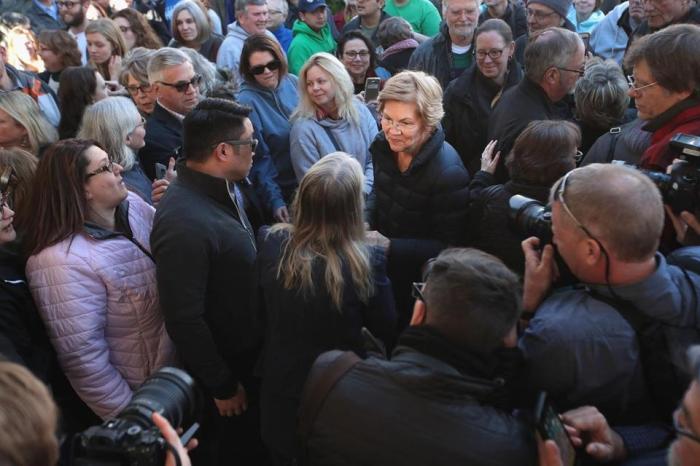 Sen. Warren in the midst of a crowd in Storm Lake, Iowa

Shortly after formally entering the 2020 presidential race on Dec. 31, Warren tried to highlight her commitment to the working class in an Iowa stump speech that called for a return to better days:

Not so fast, Senator.

The fact is the good old days weren’t that good for minimum wage workers and their families.

Warren was born in Oklahoma City, OK on June 22, 1949, the fourth child of middle-class parents Pauline and Donald Jones Herring. She lived in Norman, OK until she was 11 years old, so she would have been a child of 10 there in 1959.

Oklahoma’s median income came in at $4,620 and Cleveland County, where Norman, OK is located, had a median family income of $5,067.

In other words, a family with one member employed full time and earning a minimum wage of $2,080 a year would have been hard-pressed to “pay the mortgage,…keep the utilities on; (and) put food on the table.”

The reality? A family with one wage earner working full time for a minimum wage in 1959 wasn’t really much better off than a similar family today.

So, before she gets too nostalgic for the good old days, and before she makes another stump speech in her presidential campaign, Sen. Warren needs to do some homework.