Still struggling with finding the right Christmas gift for your toddler? American book publisher Penguin Random House says it has “the perfect gift” for your child, a book it is proudly promoting as part of its new offering, “PRH Education Classroom Libraries.”

“Books are a students’ passport to entering and actively participating in a global society with the empathy, compassion, and knowledge it takes to become the problem solvers the world needs,” says Laura Robb, an author and teacher featured in the program’s promotional materials.

So what does PRH recommend this year?

Once upon a time toddlers drifted off to sleep on a diet of bedtime stories that grew out of folklore, depended on magic or were just enchantingly simple, like Goodnight Moon, Charlotte’s Web or Where the Wild Things Are.

But not anymore. According to PBH, bedtime is now all about getting woke, so it’s promoting “Antiracist Baby Picture Book” by Ibram X. Kendi as part of its new initiative.

“With bold art and thoughtful yet playful text, Antiracist Baby introduces the youngest readers and the grown-ups in their lives to the concept and power of antiracism.,” says PRH. “Providing the language necessary to begin critical conversations at the earliest age, Antiracist Baby is the perfect gift for readers of all ages dedicated to forming a just society.”

“Critical conversations at the earliest age” about racism? Kendi, author of the bestselling book How to be an Antiracist, wants parents to proselytize about antiracism to babies. That’s right. Babies.

Somebody obviously is buying the book and its message. After all, the book has been  at the top of the New York Times Best Seller List  and was chosen as one of National Public Radio’s 100 favorite books for young readers.

But does that mean you should buy it and read it to your baby?

Is your toddler ready for text such as:

“No one will see racism if we only stay silent. / If we don’t name racism, / it won’t stop being so violent.”

“Knock down the stack of cultural blocks.”

Kendi told the Harvard Gazette parents should start talking to their children about racism as early as preschool and kindergarten. “We know that by 2 years old, children are already consuming racist ideas,” Kendi said. “They’re already discerning whom to play with based on kids’ skin color, and so if we wait till they’re 10 or 15, they may be a lost cause, like some of us adults.”

I much prefer the view of David Schonfeld, M.D., professor of pediatrics at the University of Southern California and Children’s Hospital Los Angeles. “In these early years, your task is to lay positive groundwork, addressing hate by cultivating its opposite—compassion and tolerance. Luckily, your child has a head start: an innocent indifference to what sets people apart. Kids are very aware of ways we differ, but they aren’t born identifying people with a particular race, gender, or ethnicity,” he says.

A Goodreads reviewer echoed Schonfeld’s observation. “… the main problem with Kendi’s) book is that conceptually it does more to divide than unite,” the reviewer commented. “How can anyone set out to write a book for toddlers with the intention of making some of its tiny listeners feel guilt and shame (for nothing they have done wrong), and others feel wronged (for nothing they’ve experienced), before they barely know what a duck or a bike or a picnic are?  The presumption seems to be that every baby is racist until taught not to be, when the opposite is the reality – it is racism and division which are taught – and I worry that is exactly what this book, if unwittingly, achieves.”

“… I admit I find myself a bit repelled by some of the more inelegantly antiracist books, which, at least in coastal cities, have become a main draw in the children’s sections of bookstores. What does it mean, really, to have an antiracist baby? Are these books actually written for kids, who, as far as I can tell, mostly like stories about dinosaurs and cats? Or are they a commodity for white parents who want to prove their progressive bona fides?”

I can’t help but agree. As another reviewer commented, “If you’re looking for a tool to help you indoctrinate your kids into a worldview of racist white-hating woke intersectional progressivism then this is the book for you.”

My advice – spare your toddler the divisive lecturing. Skip Kendi’s book. Go for something like Brown Bear, Brown Bear, What Do You See?, Chicka Chicka Boom Boom or If you give a mouse a cookie.

You’ll both be better off.

On June 19, 2019, a subcommittee of the House Judiciary Committee convened a hearing on H.R. 40, a bill that would study the feasibility of and proposals for reparations for descendants of slaves in America.

That was also Juneteenth, a day celebrating the emancipation of black people and “reminding the country of its original debt, and the debts it has since accrued,” Vann R. Newkirk II wrote in The Atlantic.

What, exactly, do current and future generations of Americans owe for the long past transgressions of others against blacks? Have we all inherited our fathers’ guilt?

In Germany, the descendents of a Nazi sympathizer have been gtrappling with a similar question.

Acknowledging their father’s anti-Semitism, his Nazi sympathies and the abuses that took place at a business he owned in Germany during the Nazi era (that is now a multi-billion dollar holding company), Albert Reimann Jr’s children  concluded they needed to make amends.

The New York Times recently reported that the Reimann children are donating to institutions that assist former forced laborers under the Nazis and doubling the budget of the family foundation to fund projects that “honor the memory of the victims of the Holocaust and of Nazi terror.”

“I have to do something,” said Martin Reimann, one of Albert Reimann Jr’s grandchildren.

Do Americans need to “do something,” to make amends for slavery and its ugly aftermath and, if so, should it take the form of reparations?

What should we do because of the sins of our fathers? How much culpability do living Americans have for the persistence of slavery in their country for so many years, for allowing the ideals of reconstruction to be undermined and tolerating racist practices to persist? 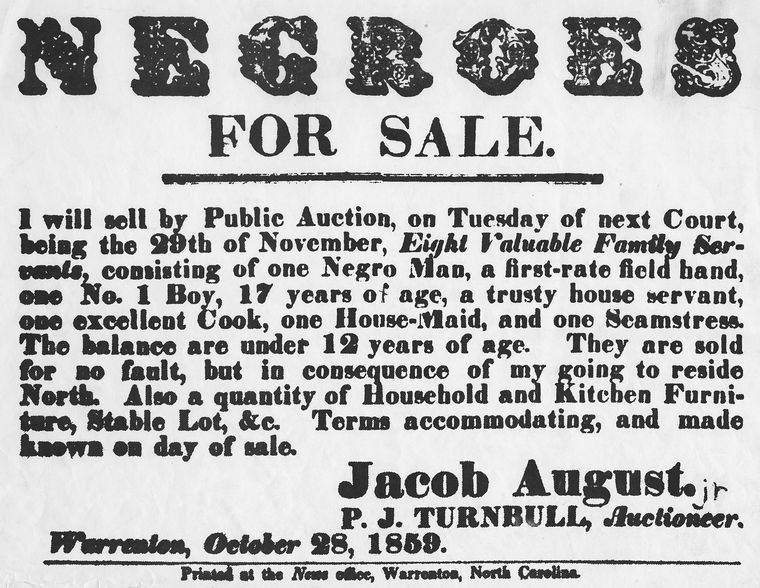 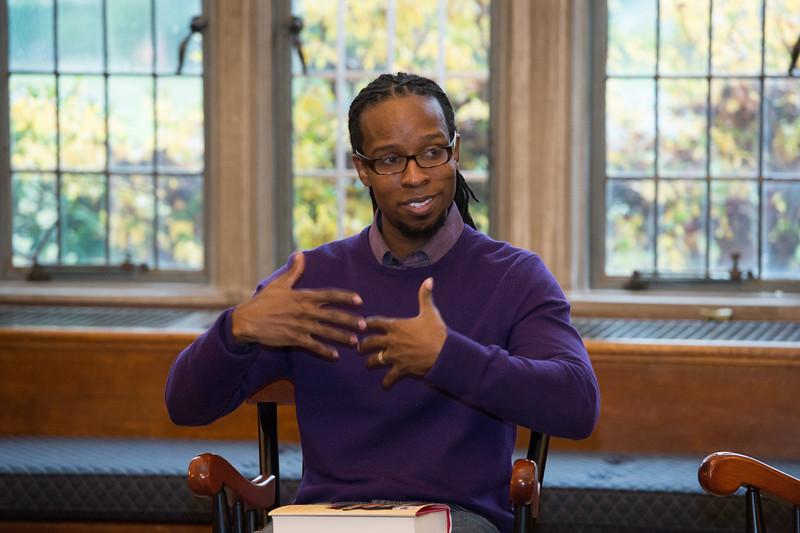 “To oppose reparations is to be racist.”  – Ibram X. Kendi

“Only an expansive and expensive compensation policy for the descendants of the enslaved and relegated of the scale Lincoln proposed for the enslavers and subsidized could prevent the racial wealth gap from compounding and being passed onto another generation,” Kendi wrote.

There’s no question that the evils of slavery left a deep stain on America and that reconstruction and subsequent racist policies have done damage to American blacks. It’s also clear that this country must come to terms with its legacy of slavery.

But as Lance Morrow, a senior Fellow at the Washington, D.C.-based Ethics and Public Policy Center, has said, a full-throated reparations debate in the United States will not be conflated with a positive and healing gesture; all it will do is “push the country to angrier extremes on either side, stimulating fresh antagonisms.”

Coleman Hughes, a black Quillette columnist, took a similar approach in testimony before the House subcommittee on June 19:

“If we were to pay reparations today, we would only divide the country further, making it harder to build the political coalitions required to solve the problems facing black people today; we would insult many black Americans by putting a price on the suffering of their ancestors; and we would turn the relationship between black Americans and white Americans from a coalition into a transaction—from a union between citizens into a lawsuit between plaintiffs and defendants.”

Sen. Bernie Sanders, D-NH, has already taken a similar position.”First of all, its likelihood of getting through Congress is nil.,” he said in 2016. “Second of all, I think it would be very divisive.”

Even Barack Obama has questioned the feasibility and advisability of reparations.

“Theoretically, you can make, obviously, a powerful argument that centuries of slavery, Jim Crow, discrimination are the primary cause for all those gaps,” President Obama said to Ta-Nehisi Coates in an Oct. 19, 2016 interview for The Atlantic. “That those were wrongs done to the black community as a whole, and black families specifically, and that in order to close that gap, a society has a moral obligation to make a large, aggressive investment, even if it’s not in the form of individual reparations checks, but in the form of a Marshall Plan, in order to close those gaps.”

“It is easy to make that theoretical argument,” Obama said. “But as a practical matter, it is hard to think of any society in human history in which a majority population has said that as a consequence of historic wrongs, we are now going to take a big chunk of the nation’s resources over a long period of time to make that right.”

An attempt to decide on the specifics of a reparations program would also be a nightmare. Who would even be eligible? If it’s individuals, who alive today has suffered as a direct result of slavery?

Coleman Hughes accepts the merit of reparations paid to Holocaust survivors, victims of internment during World War II, and victims of the Tuskegee experiments, for example, “but not reparations for “poorly-defined groups containing millions of people whose relationship to the initial crime is several generations removed.”

It’s unfortunate that so many of those competing for the Democratic presidential nomination have chosen to embrace reparations. It may enhance their appeal to the left wing of their party, but it likely alienates many more people. And now that the reparations cat is out of the box, everybody and their brother may demand reparations for past injustices.

An April 2019 Rasmussen poll found that just 21 percent of likely voters think taxpayers should pay reparations to black Americans who can prove they are descended from slaves.

A Fox News poll that same month found that 60 percent of Americans oppose paying cash reparations to descendants of slaves and only 32 percent support it.  Even a July 2018 poll by Data For Progress, a progressive think tank, found that 68 percent were opposed.

But some of the Democratic candidates endorsing billions in reparations must figure that African-Americans will embrace the concept, and African-Americans are a good share of likely voters in South Carolina, one of the early primaries, and on Super Tuesday, March 3..

Frankly, buying votes was much cheaper and made more sense when they only handed out free beer at the polls.