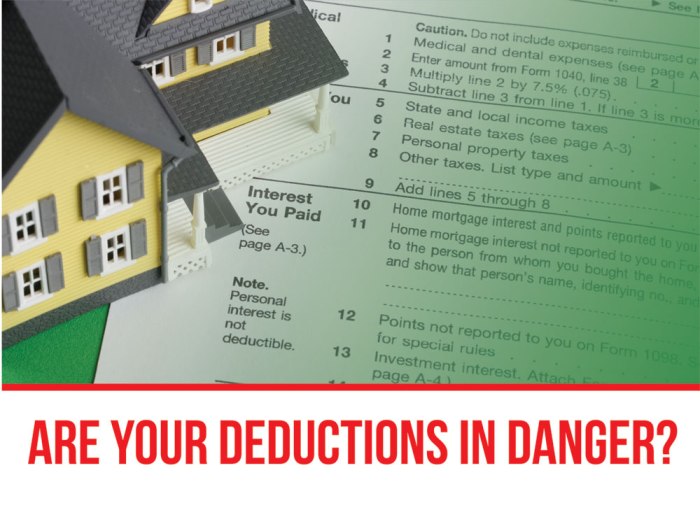 The House provision would be calamitous, tragic, disastrous, critics argue.

Slicing the home mortgage interest deduction could lead to a housing recession, said Jerry Howard, CEO of the National Association of Home Builders.

The change proposed by the House wouldn’t really mean much to many taxpayers. You have to itemize deductions to claim the deduction on your tax return now. Only about one-third of taxpayers now itemize and only three-quarters of those claim a mortgage interest deduction, according to the Urban-Brookings Tax Policy Center.

But that would change because the tax bill would almost double the standard deduction, from $12,700 to $24,000 for married couples and from $6,350 to $12,000 for single filers. With this change, fewer taxpayers would benefit from the mortgage interest deduction. The Tax Policy Center figures the share of households claiming the home mortgage interest deduction would drop to 4 percent. That’s right. Just 4 percent.

That drop would also reflect the fact that, despite a lot of high cost homes in the Portland Metro Area, it’s pretty easy to buy a home for less than $500,000 in most of the rest of Oregon and the nation.

According to the Mortgage Bankers Association, Americans who applied for a mortgage to buy a home in January 2017 were looking for a loan sized at an average of $309,200. The median home value in the United States is only $203,400, according to Zillow.

They’re the ones who would see their ox gored under the House bill, and it’s the members of Congress from these states in the forefront of wanting to preserve the $1 million level.

“I think that harming the ability for Americans to own their home is like attacking motherhood and apple pie,” Rep. Judy Chu (D-Monterey Park), who represents an area that includes Pasadena and much of the San Gabriel Valley, told the Los Angeles Times.

So what the Senate is doing is defending a tax break that mostly benefits a small number of affluent homeowners and distorts the housing market?

The distortion occurs because the tax reduction increases the price of housing. Well-off buyers are willing to pay more because they anticipate deducting their mortgage interest, effectively lowering their monthly house payments.

”… there’s good evidence that cutting back the mortgage-interest deduction would lower prices in high-cost areas, where newcomers find it difficult to move nowadays,” asserts Howard Husock, vice president for research and publications at the Manhattan Institute.

So enough with the weeping and wailing. Reducing the home mortgage interest deduction would be a good thing.