A local pollster told me awhile ago that about 50 percent of eligible voters in Oregon don’t know that the state has two U.S. senators (maybe because there’s only one senate race at a time).

KGW-TV reporter Pat Dooris recently held up two signs, one with the name Brad Avakian and the other with the name Dennis Richardson, and asked passersby in downtown Portland if they knew who the people were. All the answers? Nope. Nope. Nope.

I mention these situations because they demonstrate that a lot of voters are, in fact, a basket of deplorables in terms of political knowledge. 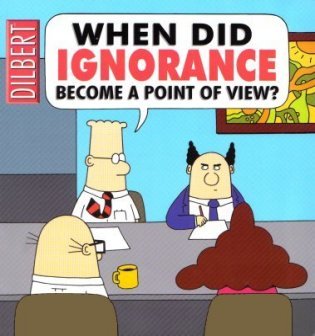 Political knowledge levels have been poor for decades, despite increased education and the availability of information on the Internet.

A recent Fairleigh Dickinson University survey studied the “clueless factor” among voters. The survey found that only 34% of Americans can name the three branches of government, and 30% can’t even name one.

Other studies routinely find that large numbers of voters don’t know which officials are responsible for which issues, a circumstance that makes it hard to hold them accountable for their performance.

All that cluelessness bodes well for Brad Avakian.

Avakian is running for Oregon Secretary of State, but you’d never know it from his campaign. In a classic example of misdirection, instead of emphasizing his fit for the Secretary of State job, he’s running as a champion of liberal causes.

Look at one of his ubiquitous TV ads.

Meanwhile, speakers in the ad emphasize how Avakian will protect the environment, break down the walls of discrimination, ensure a woman can make personal medical decisions about her pregnancy, and fight for regular people and not corporate special interests.

These topics have little to do with the job of the Oregon Secretary of State, but they do tug at the heartstrings of liberal voters. And that may well be what attracts enough voters to Avakian to make him the winner (and us the losers).