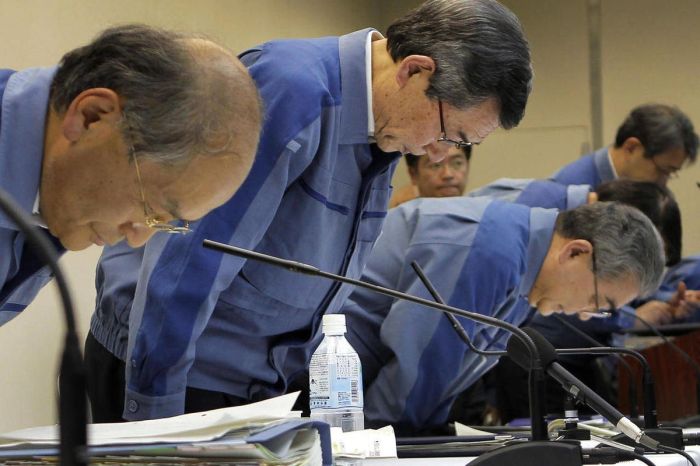 Tokyo Electric Power Co. President Masataka Shimizu resigned in disgrace in 2011.  He had been in charge when a tsunami devasted the company’s nuclear plant, endured public criticism for not stepping up in the disaster’s initial days and faced criticism for  the biggest financial losses in the company’s history.

He needed to take responsibility for the crisis.

It was during Muilenburg’s watch that Lion Air Flight 610 took off from Jakarta, Indonesia on October 29th, 2018, at 6:20AM local time. Its destination — Pangkal Pinang in Indonesia’s Bangka Belitung Islands. Twelve minutes later, Flight 610 crashed into the Java Sea, killing all 189 passengers and crew.

It was during Muilenburg’s watch that Ethiopian Airlines Flight 302 took off from Addis Ababa, Ethiopia on March 10th, 2019, at 8:38AM local time. Its destination – Nairobi, Kenya. Six minutes later, Flight 302 crashed near the town of Bishoftu, Ethiopia, killing all 157 passengers and crew.

As the planes plummeted down to their doom, seatbelts sliced and shredded internal organs. At impact, arms were torn off, spinal columns broken, brains separated from nerves. Organs flattened against internal cavities and blood poured out of all orifices, even into chest and stomach cavities. Bowels were punctured, so bile filled the space around hearts, lungs, stomach, and other intestines like a can of organ soup. Then, for the plane that hit the ground, there was fire, consuming jet fuel at 800 to 1500 degrees Fahrenheit.*

Masataka Shimizu did the right thing.

“We at Boeing are sorry for the lives lost in the recent 737 accidents,” Muilenburg said. He owes those 346 dead people, their grieving families, their saddened friends and their countries, so much more.

*Source: What Happens To Your Body When You Die In A Plane Crash