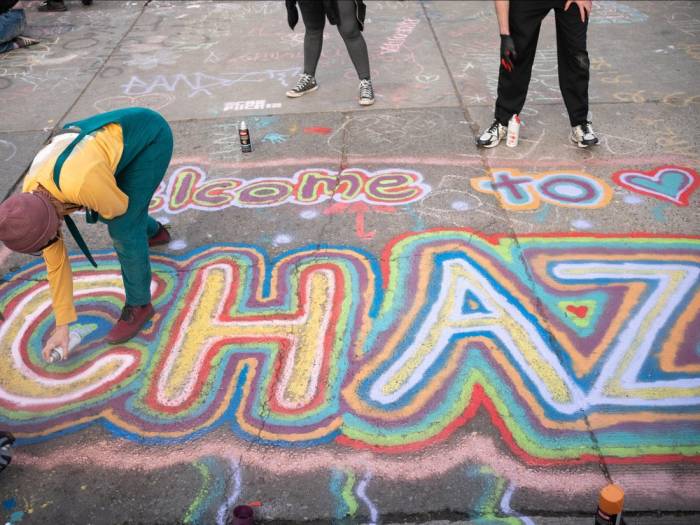 Think the people holding hostage the six-blocks of Seattle known as CHAZ (Capitol Hill Autonomous Zone) are just a ragtag bunch of activists putting on a street festival with no real agenda except a vague push for social justice?

They’ve created a website and, like everybody with a gripe these days, they’ve posted on it a 1354-word “list of demands” by The Collective Black Voices at Free Capitol Hill.

They’ve got a lot of demands, at least 35 by my count. They include:

They even demand that “the people of Seattle seek out and proudly support Black-owned businesses.”

A section of the website titled “Commentary from International comrades” has not attracted much reaction either, though “K. Tulin” from Leningrad says, “You must attract new people from all over America, but for this you must have an idea of the future that will appeal to most Americans. You must read the works of Friedrich Engels, Karl Marx and Lenin!”

It’s not clear whether the CHAZ participants are finding the time to do the recommended reading.

As extreme as some of the demands may appear, Charlie Warzel, an Opinion writer at large for the New York Times, argues that large scale public support for Black Lives Matter activism wasn’t evident for a long time either. “And yet, there conversations didn’t disappear off the internet when they left the front pages,” he wrote recently. “They continued, despite portrayals to discredit the movement as a violent fringe and specious claims that ‘systemic racism is a myth’ perpetuated by the media and so-called social justice warriors.”

Calls to “Defund the Police,” in particular, need to be recognized as real “calls for a complete remaining of what they see as a corrupt, broken system,” Warzel argues.

Ironically, some Republicans in Congress are arguing that budgetary burdens imposed on states because of Covid-19 and the social unrest accompanying Black Lives Matter protests justify more, not less, funding of police in states. “In the wake of everything that’s happened with George Floyd’s murder, we can’t afford not to have EMTs, we can’t afford to not have police  officers on the street,” said Rep. John Katko (R-NY).

It’s hard to tell what the CHAZ site’s occupiers or the general public really think about all these demands because the principal media don’t ask. They should.