James Bennet, editor of The New York Times’ editorial page, resigned today in the aftermath to the furor over publication of a controversial opinion piece by Sen. Tom Cotton (R-AR). Bennet’s resignation was announced by the Times’ publisher, A.G. Sulzberger. Bennet initially defended the piece’s publication, saying ” It would undermine the integrity and independence of The New York Times if we only published views that editors like me agreed with, and it would betray what I think of as our fundamental purpose — not to tell you what to think, but to help you think for yourself.” Sulzberger, had also initially defended the column’s publication.

Bari Weiss, a staff editor and columnist for the opinion pages of the Times, described the whole dispute as a “civil war”. “The civil war inside The New York Times between the (mostly young) wokes (and) the (mostly 40+) liberals is the same one raging inside other publications and companies across the country,” she tweeted.

“The dynamic is always the same,” Weiss added. “The Old Guard lives by a set of principles we can broadly call civil libertarianism. They assumed they shared that worldview with the young people they hired who called themselves liberals and progressives. But it was an incorrect assumption. The New Guard has a different worldview, one articulated best by @JonHaidt and @glukianoff. They call it “safetyism,” in which the right of people to feel emotionally and psychologically safe trumps what were previously considered core liberal values, like free speech.”

Weiss’ tweets set off a deluge of responses, some supportive, some critical:

#MeToo Barbie, MD
Um…pretty sure the “safetyism” that Black people want is physical safety. You know, since they keep getting shot by the cops. It’s fragile white people who are demanding emotional safety from having to confront their own racism.
John Barton
1/ Call it “safetyism” if you wish, but they’re seeking safety from arguments that run counter to their preferred narratives, which are a mix or leftist/progressive/intersectional views. I think “coercive leftism” is a more accurate label.
@Jyrkface
·

OF COURSE, @bariweiss sees people criticizing the NYT for pushing the idea that protesters should be shot, and considers the criticism an attack on the first amendment

@kbk3n3
·
Safetyism is actually just an excuse to control and manipulate people instead of growing up and dealing with opinions different from their own.

“What is freedom of expression? Without the freedom to offend, it ceases to exist.”
― Salman Rushdie 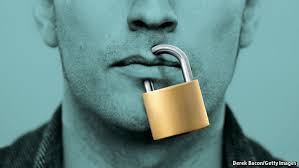 The “this” Gay was referring to was an op-ed written by Republican Sen. Tom Cotton of Arkansas that appeared in the Times on June 3, 2020. Running under the headline, “Send in the Troops,” Cotton argued that federal troops were needed to stamp out “anarchy” caused by the protests sweeping the United States that recalled “the widespread violence of the 1960s.” 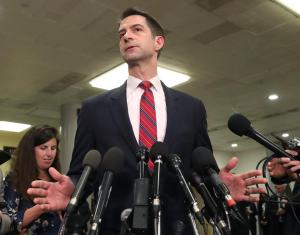 Gay wasn’t the only Times journalist to decry the paper’s publication of Cotton’s Op-Ed. Multiple other staff retweeted her message, with some adding comments.

“As a black woman, as a journalist, as an American, I am deeply ashamed that we ran this,” tweeted Nicole Hannah-Jones, creator of “The 1619 Project,”  a New York Times Magazine effort that aims to reframe America’s history by focusing on the consequences of slavery.

Then, like a thundering herd, as though they’d signed a loyalty oath to lazy thinking and the progressive branch of American politics, more than 800 New York Times staff members signed a letter protesting publication of Cotton’s  Op-Ed, according to a story in the paper.

The whole affair is reminiscent of when Bari Weiss, a staff editor and columnist for the opinion pages of the New York Times, found herself at the center of a social media feeding frenzy for sending a positive but carelessly worded tweet.  The furor was described in a 2018 Quillette article by Jamie Palmer, “Fundamentalists vs The New York Times.”

The News Guild of New York, a news professionals union, jumped into the fray, too. “Though we understand the Op-Ed desk’s responsibility to publish a diverse array of opinions, we find the publication of this essay to be an irresponsible choice,” the Guild said in a statement.  “Its lack of context, inadequate vetting by editorial management, spread of misinformation, and the timing of its call to arms gravely undermine the work we do every day.”

Even the Times’ Public Editor, Gabriel Snyder, piled on. “The problem with this idea of the Times as an open forum for views of all stripes — no matter how abhorrent — is that by opening the door to all “operative opinion” (as a member of the Opinion section described it to me a couple of years ago), the Times becomes a platform for those who are hostile to its core values and at direct odds with the New York Times Company mission to “seek the truth and help people understand the world,”  Snyder wrote.

Initially, editorial page editor James Bennet strongly defended the paper’s publication of the senator’s opinion piece. “We published Cotton’s argument in part because we’ve committed to Times readers to provide a debate on important questions like this,” he wrote in the paper’s Opinion Today newsletter. ” It would undermine the integrity and independence of The New York Times if we only published views that editors like me agreed with, and it would betray what I think of as our fundamental purpose — not to tell you what to think, but to help you think for yourself.”

Times publisher A.G. Sulzberger also defended publication of Cotton’s piece. “I believe in the principle of openness to a range of opinions, even those we may disagree with, and this piece was published in that spirit,” he wrote in an email to the staff. “But it’s essential that we listen to and reflect on the concerns we’re hearing, as we would with any piece that is the subject of significant criticism. I will do so with an open mind.” 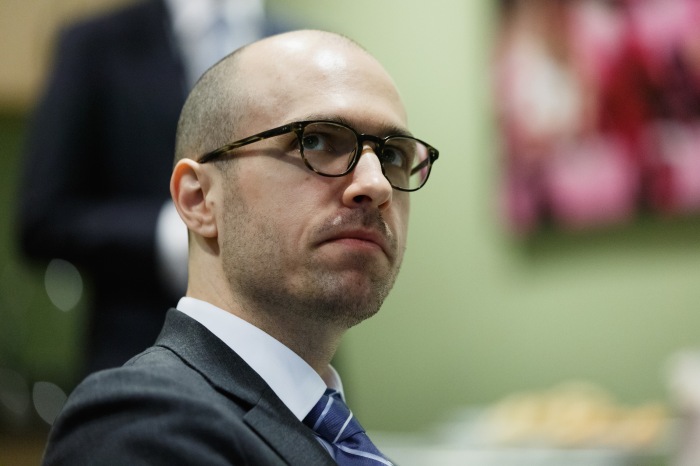 Then the paper’s leaders put their tails between their legs and caved to the internal criticism.

During a virtual town hall with the paper’s staff, Sulzberger changed his tune, saying Cotton’s piece was “contemptuous” and “should not have been published.”

Bennet even bowed to the hurt feelings claims of some of the paper’s staff,  “I just want to begin by saying I’m very sorry, I’m sorry for the pain that this particular piece has caused,” he said.

Times spokesperson Eileen Murphy added that the paper would, as a result of the dust-up, reduce the number of Op-Eds we publish.”  She blamed a “rushed editorial process…that did not meet our standards” for the piece’s publication, adding, “As a result, we’re planning to examine both short-term and long-term changes, to include expanding our fact-checking operation and reducing the number of Op-Eds we publish.”

Now that’s a healthy response to controversy, cut back on publishing citizen opinions on the news of the day.

As a former newspaper reporter, I have to ask, is this what things have come to at one of America’s most influential newspapers? Woke reporters essentially arguing that opinions that offend them or cause them hurt feelings should not be published. Fragile reporters insisting that they be safe from uncomfortable ideas, that free speech endangers them. Public Editors, of all people, arguing that outside opinion writers need to be stifled if their perspective differs from the standard liberal view.

Going down this road is a perilous trip.

Sulzberger and Bennet took the appropriate stance at the outset. It’s far better to give exposure to controversial views and let the public debate them.

In the past, the paper has made a point of taking a strong stand on encouraging public debate on controversial issues.

“The purpose of the Op. Ed. page is neither to reinforce nor to counterbalance The Times’s own editorial position,” an introduction to the paper’s opinion pages stated 50 years ago. “The objective is rather to afford greater opportunity for exploration of issues and presentation of new insights and new ideas by writers and thinkers who have no institutional connection with The Times and whose views will very frequently be completely divergent from our own.”

The purpose of the Op-Ed page is “to create an environment of collegial combat among different points of view dealing with consequential questions.,” the introduction said. “…articles are are meant to push readers into considering points of view just outside their comfort zone.”

So much for adhering to these lofty principles today.